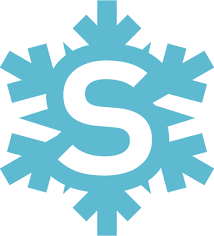 Outputs in Top Percentiles and Publications in Top Journal Percentiles

Outputs in Top Percentiles indicates the extent to which outputs are present in the most-cited percentiles of the data source.  The citation counts that represent the thresholds of the 1%, 5%, 10% and 25% most-cited papers in Scopus per Publication Year are calculated.

Outputs in Top Percentiles can only be calculated for the current year from the first data snapshot on or after 1 July. It will be displayed as a null value until this date is reached. This metric depends on being able to divide the publications into 100 percentiles, and this level of division is not possible earlier in the publication year when items just published have received very few citations.

The Outputs in Top Percentiles metrics are useful to benchmark contributions towards the most influential, highly cited publications within similar fields or disciplines.  It can also be used to distinguish between researchers whose performance seems similar when viewed by other metrics such as Scholarly Output, Citations per Output, or Collaboration.

The most-cited journals are defined by the journal metrics SNIP (Source-Normalized Impact per Paper) or SJR (SCImago Journal Rank).  Both journal metrics used are field-normalised journal metrics, meaning that they can be used to compare the presence of publications in exceptional journals regardless of discipline.

Publications in Top Journal Percentiles metrics are useful to benchmark researchers regardless of differences in size and disciplinary profiles, and to showcase the presence of publications in journals that are likely to be perceived as the most prestigious in the world.

SNIP – Source Normalised Index per Paper – sourced from Scopus, this measures a journals contextual citation impact by weighting citations based on the total number of citations in a subject field.  It helps to make direct comparisons between journals in different subject fields.  SNIP is the ration of a journals average citation count per paper and the citation potential of its subject field.  Ideally you want a SNIP over 1.

SJR – SCImago Journal Ranking – sourced from Scopus, this is a weighted by the prestige of the journal, so a citation from a journal with a high SJR is worth more.  Ideally you want an SJR over 1.

The most common tools for calculating Outputs in Top Percentiles are...

Journals in Top Percentiles in SciVal

Connect to SciVal (if you haven't already, you will need to set up an account with an email and password).