Left wing are considered members of a socialist, progressive, or radical political party or section of a party.

Right wing are considered members of a conservative or reactionary political party or section of a party, generally those opposing extensive political reform.

Nonpartisan are considered as not supporting any of the established or regular parties.

Some media broadcasters support and promote a particular side of politics, while others tend to be more neutral.

Consider this image below. While USC does not necessarily agree with the placement of media broadcasters, it does highlight that media in Australia comprises different levels of bias and reliability. 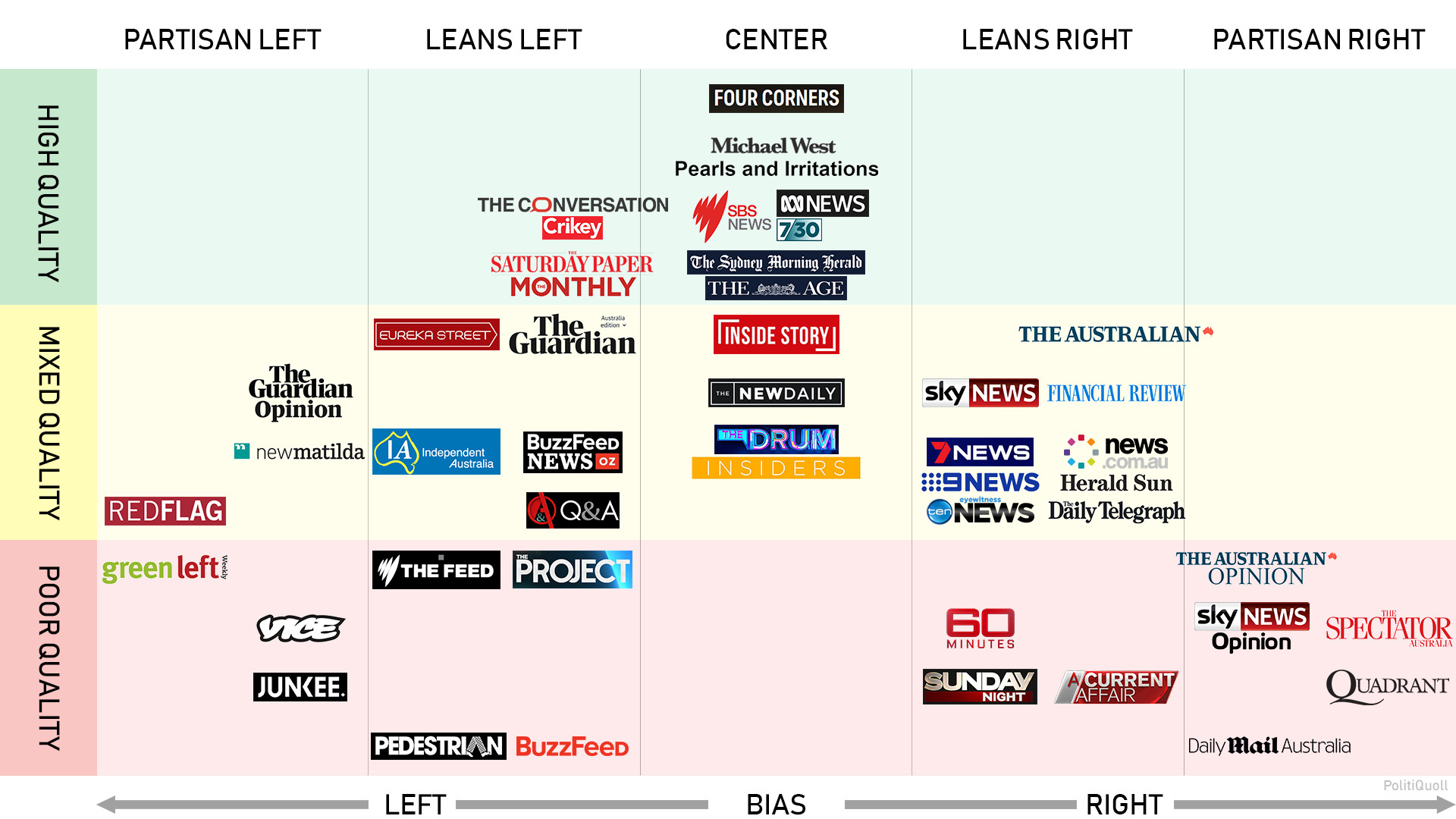