We respectfully acknowledge the Traditional Custodians of K'gari, the Butchulla people.

We recognise their continuing connection to land, water and community. We pay respect to Elders past, present and emerging.

The K'gari (Fraser Island) Research Archive brings together various collections of resources which contribute to research into K'gari.

USC has a special interest in K'gari, through the Dilli Village Research and Learning Centre and from teaching and research activities on the Island.

The Archive is founded on a collection of material donated by John Sinclair AO which underpinned his research in lobbying for environmental protection and World Heritage listing of the Island.

This Collection charts the history of a contested area from pre-colonisation to World Heritage site. Through the 1970s K'gari occupied a critical place in Queensland’s political landscape. The conflicting interests of environmentalists, workers, sandminers and the logging industry were played out in all levels of Australian government and resulted in K'gari being included on the UNESCO World Heritage List. The transcripts and exhibits to the 1975 Fraser Island Inquiry, initiated by the Commonwealth Government, form part of this collection.

As founder of the Fraser Island Defenders Organisation, John Sinclair’s interest lay not only in the environmental values of the Island, but also with the impact of industries including forestry and tourism.

The Collection also includes more than 600 photographs which provide a visual narrative of K'gari's recent history.

The John Sinclair Collection comprises a diverse range of material. Old historical content includes a collection of news items from 19th century Maryborough newspapers, military records from World War 2, parliamentary papers, shipping, timber industry publications and interviews and recollections of old-time residents. Documents about forestry cover history, economic and scientific concerns. Many of the papers from 1970s to 1990s are associated with political campaigns to stop sand mining and logging on the Island. Other issues addressed within the collection are tourism impacts, recreational and commercial fishing, geology and ecology.

The Butchulla people have a presence through the documents and their displacement from K'gari can be seen in many of the historical papers.

John Sinclair AO, donated his collection to USC Library in 2016.

According to this first issue, the newsletter was so named because 'it is reported that the aboriginal name for Fraser Island is "Moonbi"'.

This collection contains a digital archive of issues of Moonbi from 1971, donated by John Sinclair AO in 2017. View the index to the Moonbi issues. 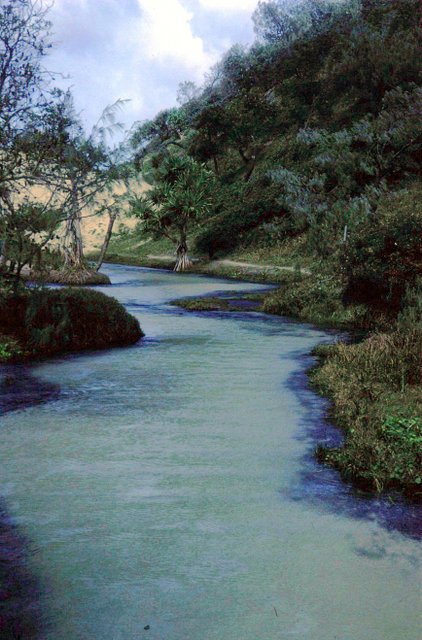