In a world of 'fake', 'post-truth' and 'alternative' news, critically understanding what to look for and how to evaluate information is becoming increasingly important.

Post-Truth and Related Concepts: An Introduction 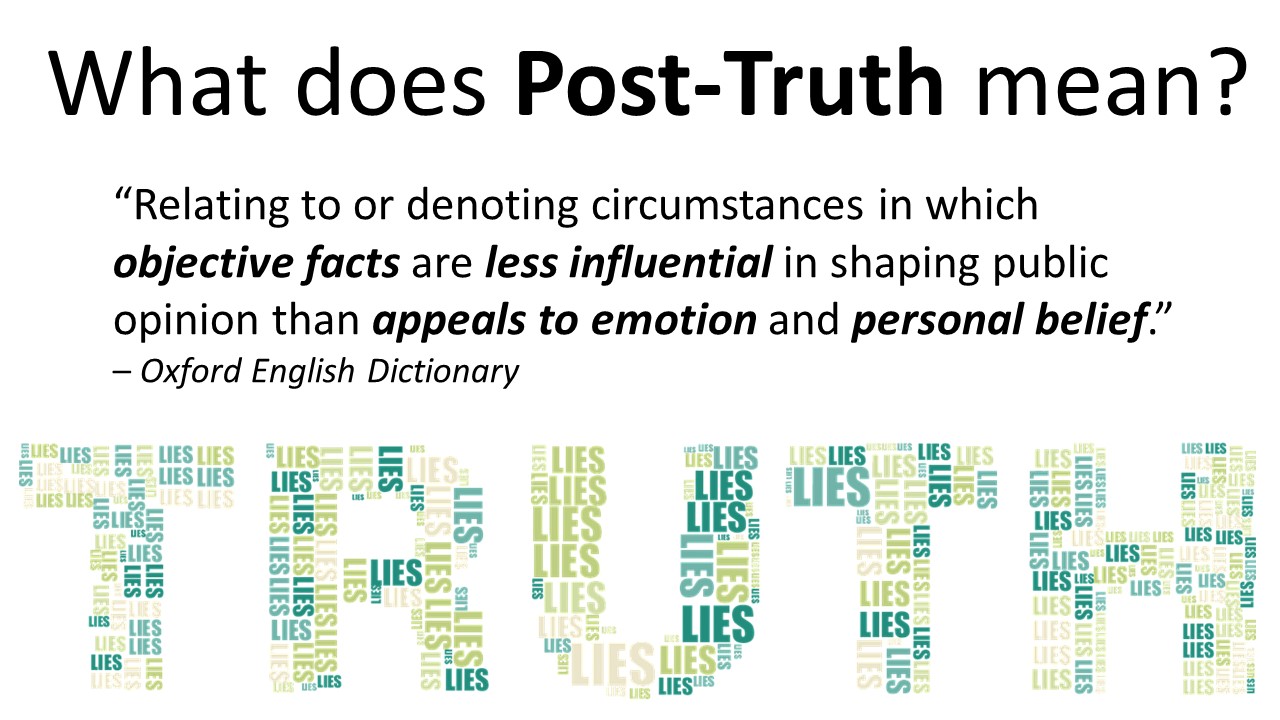 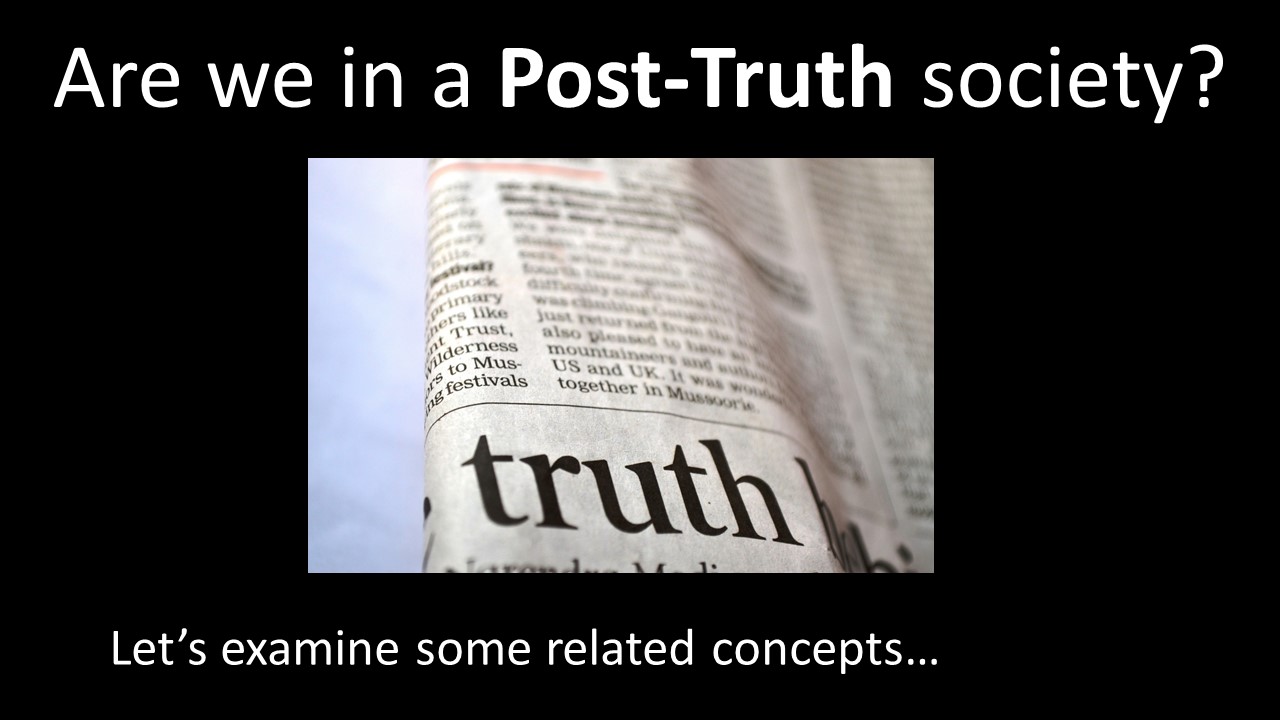 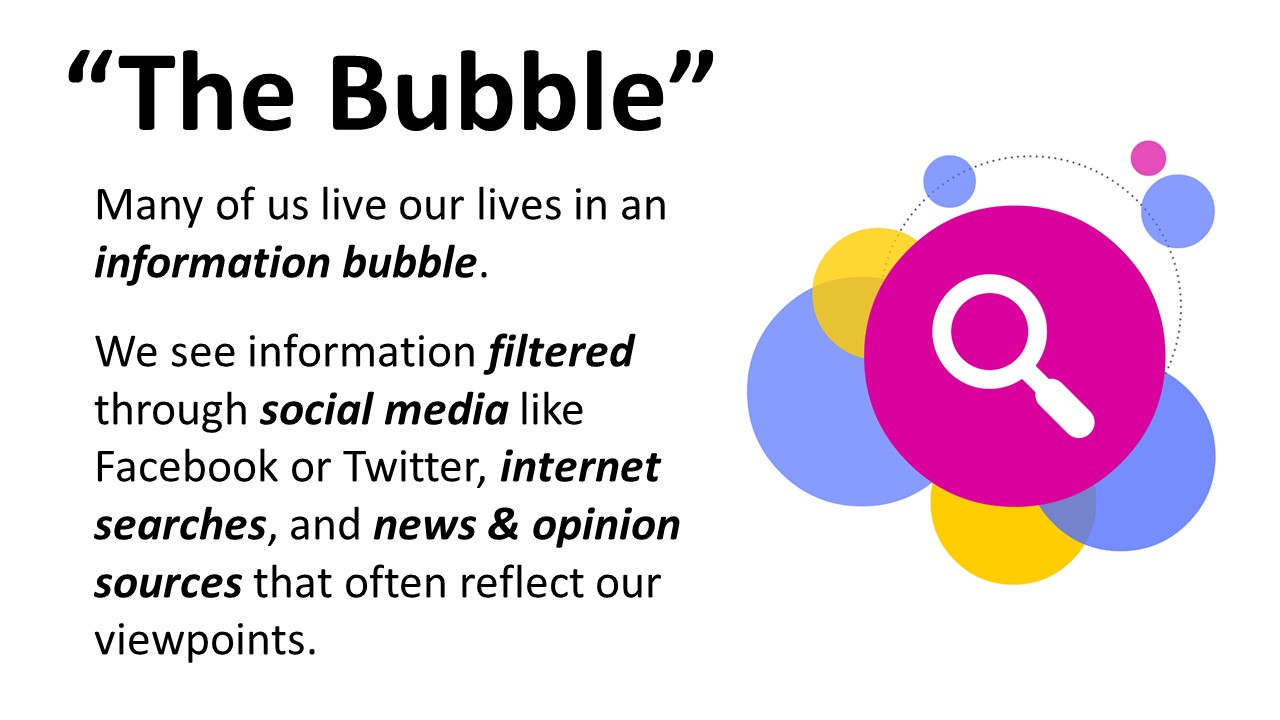 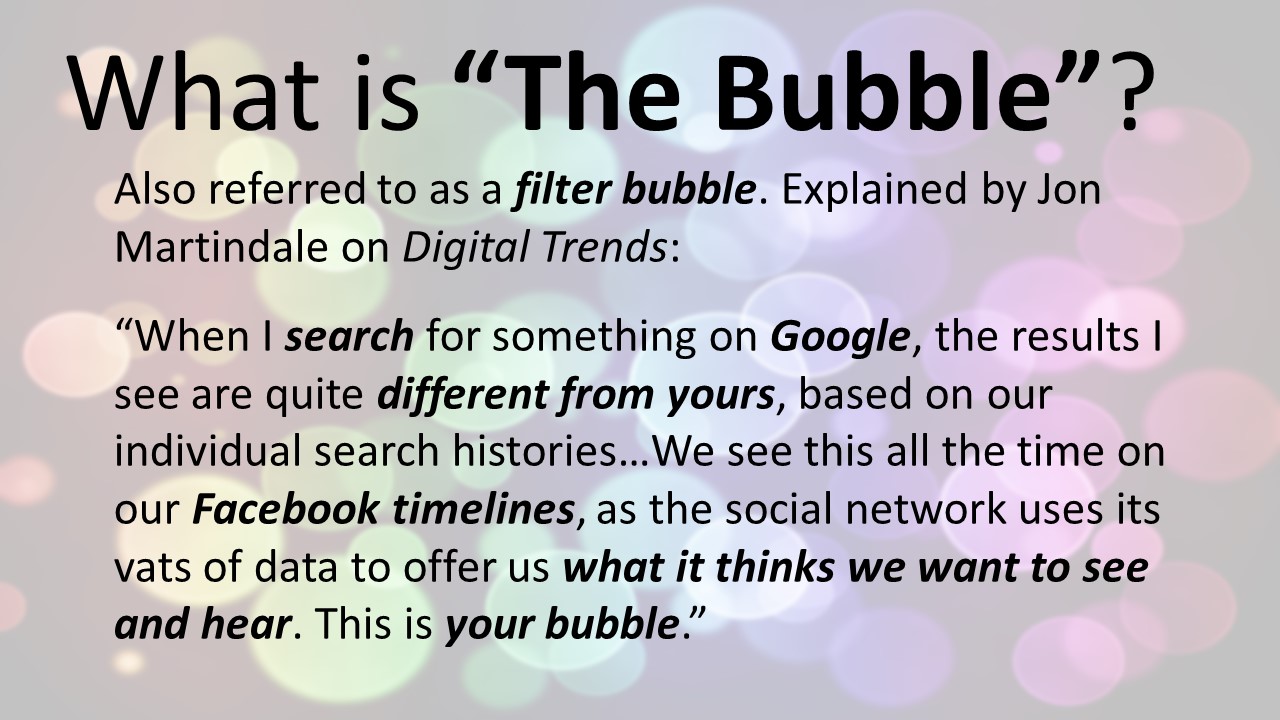 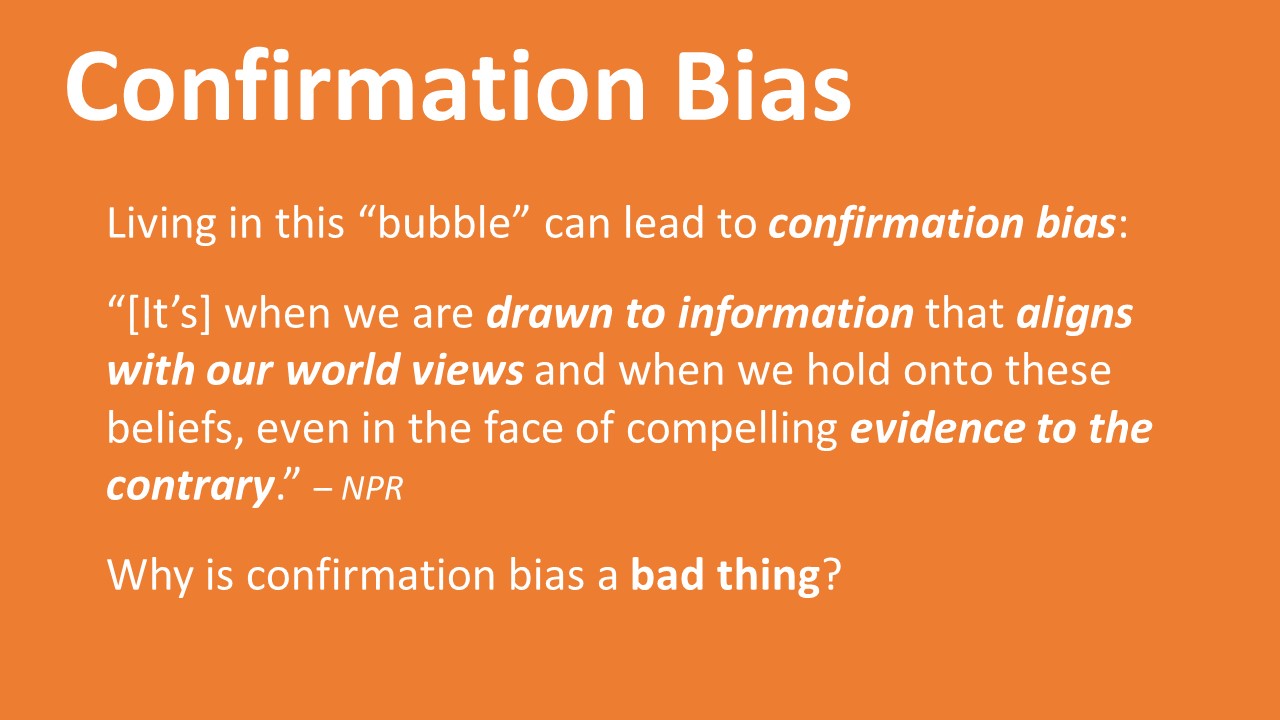 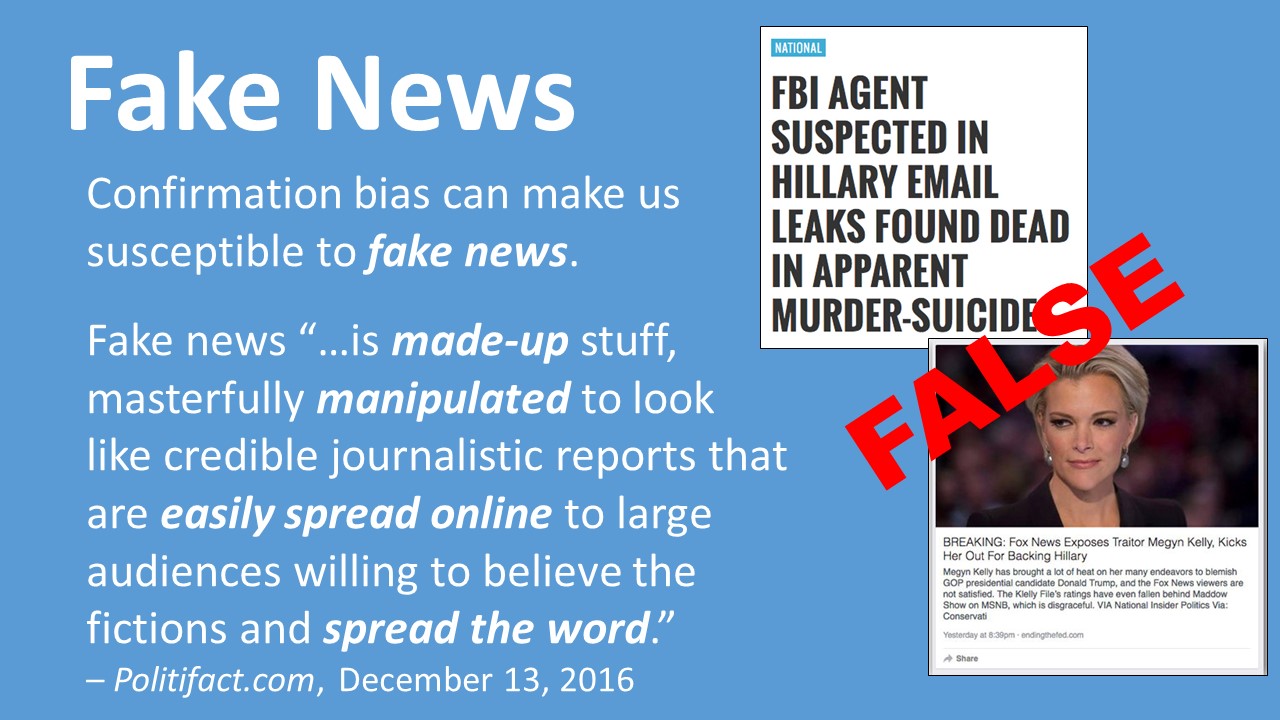 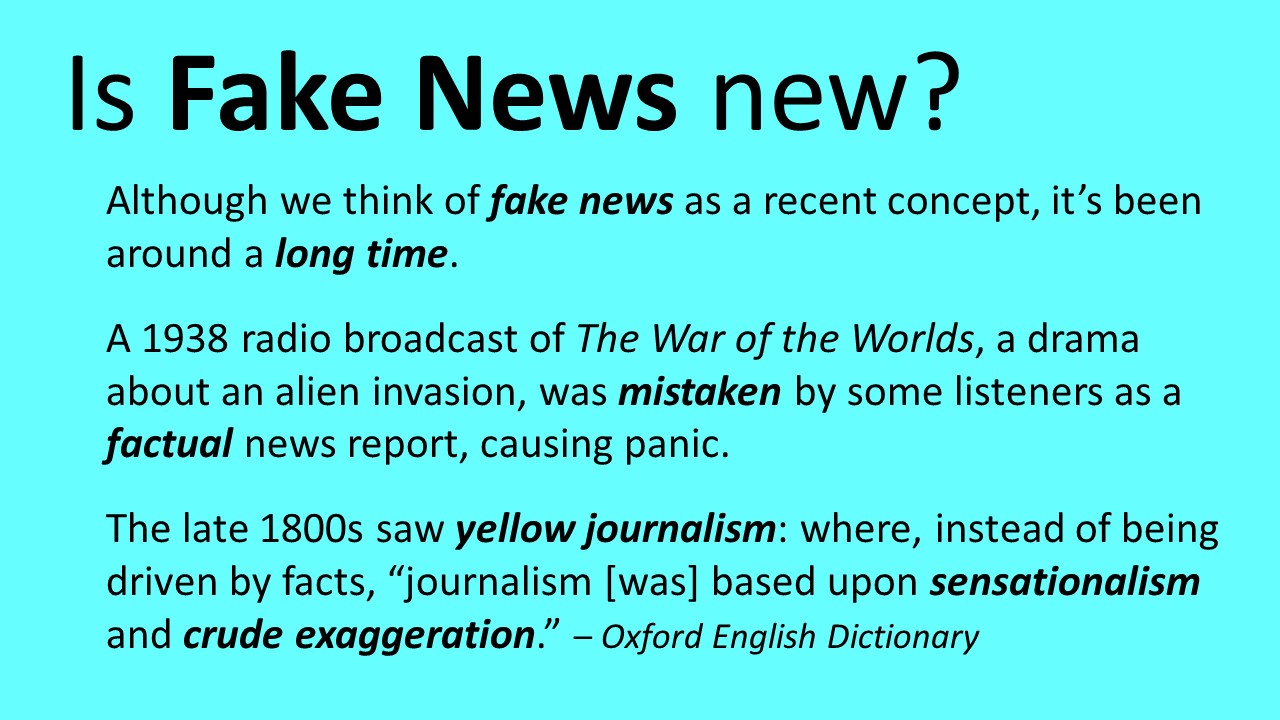 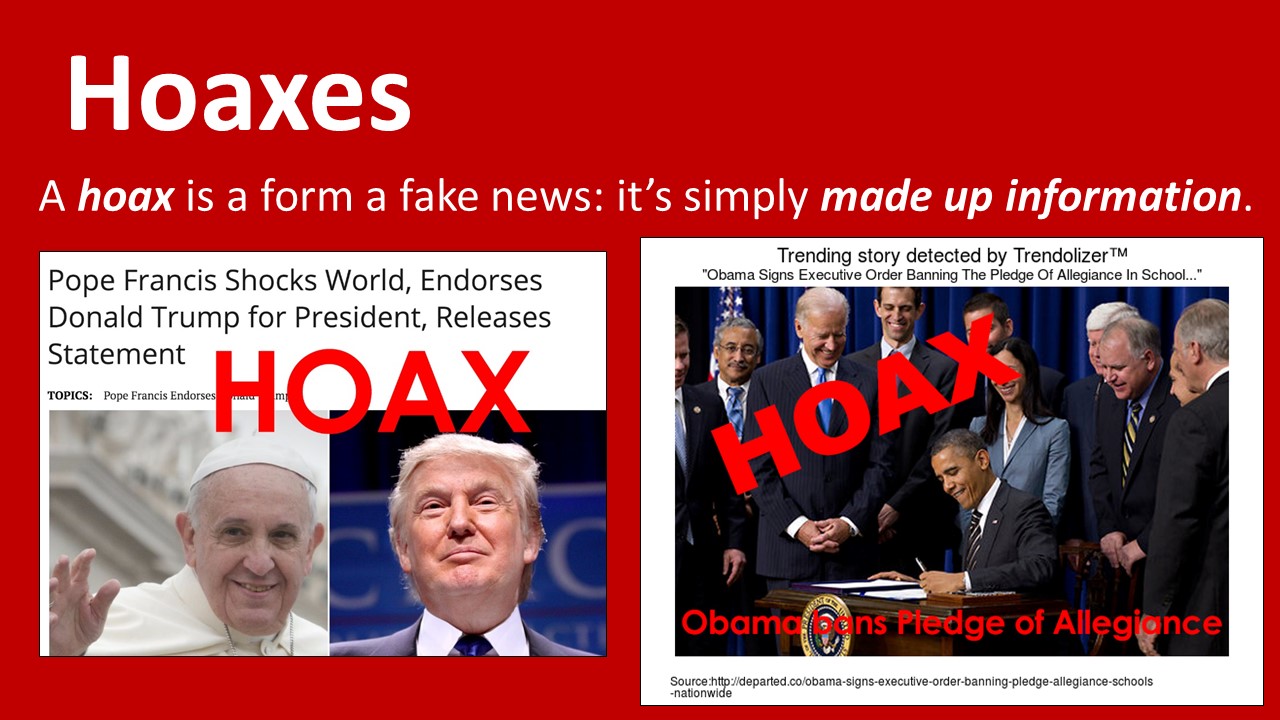 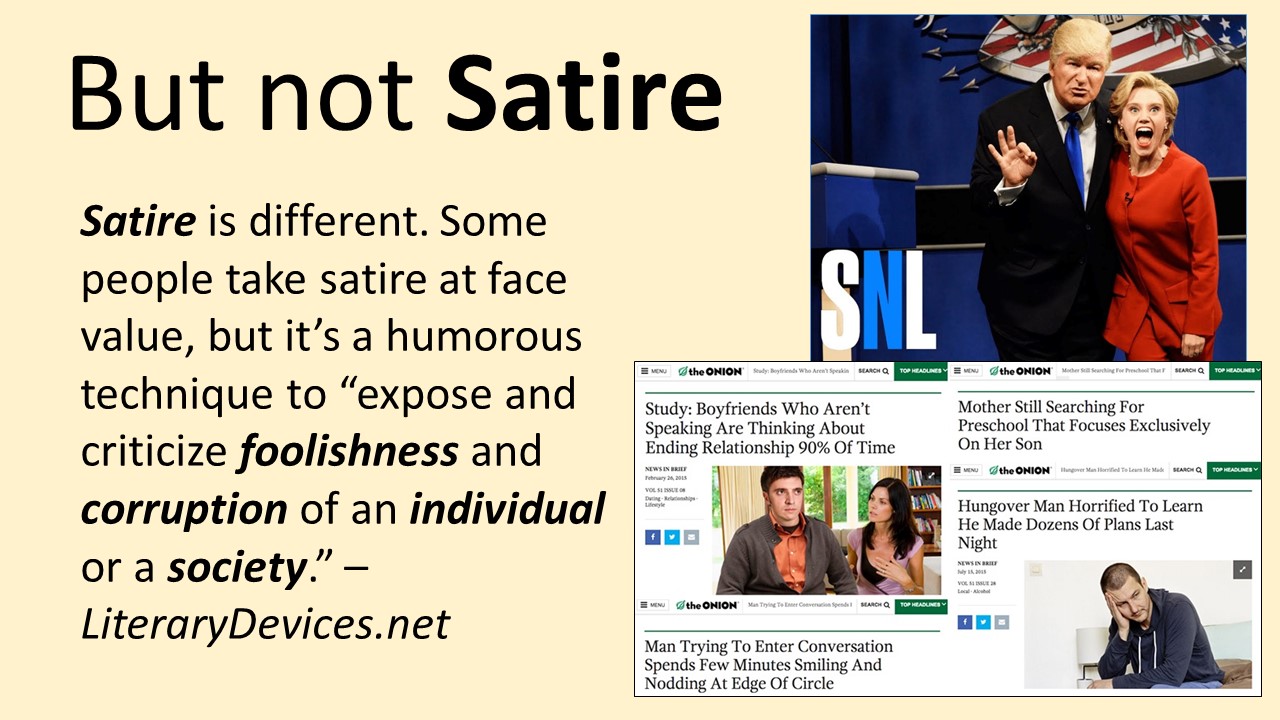 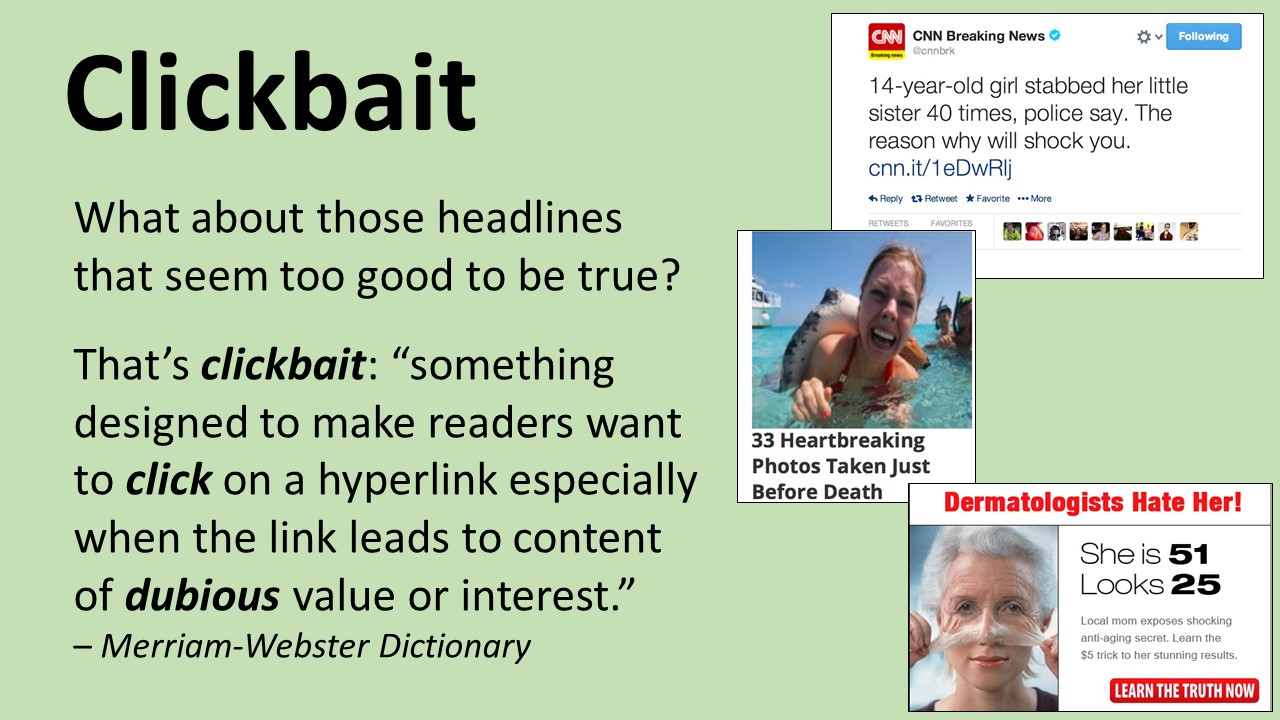 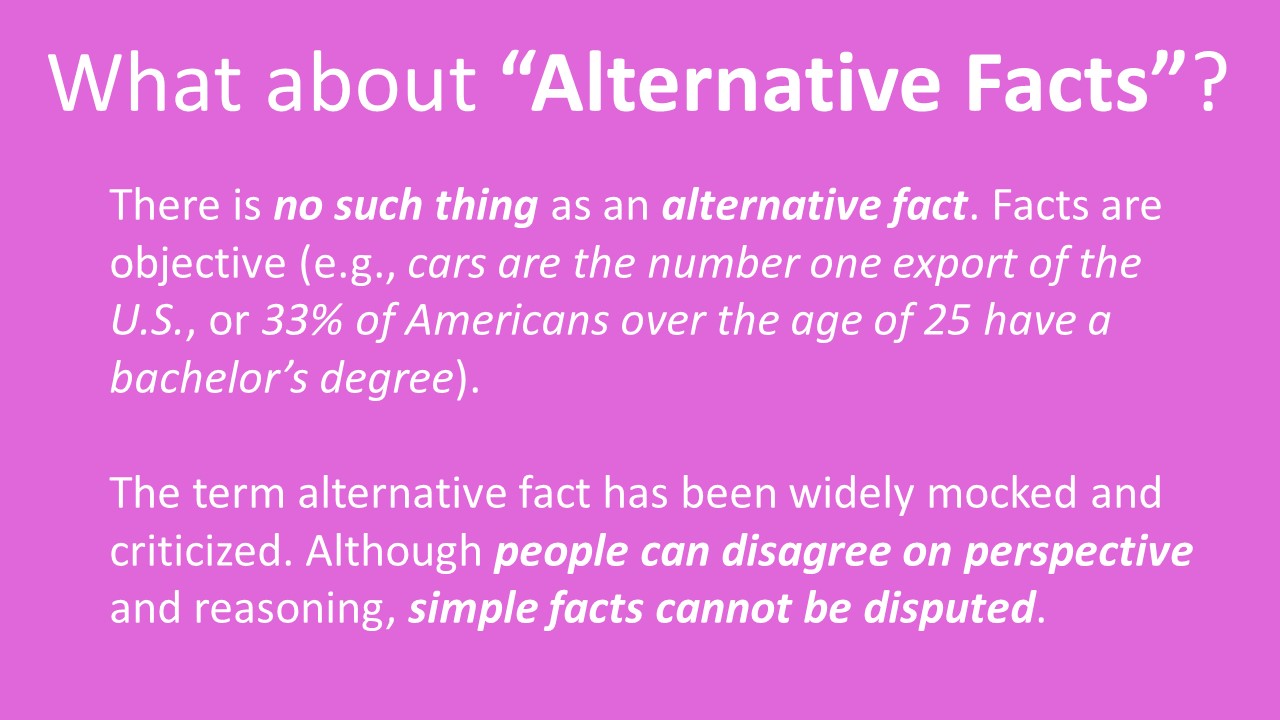 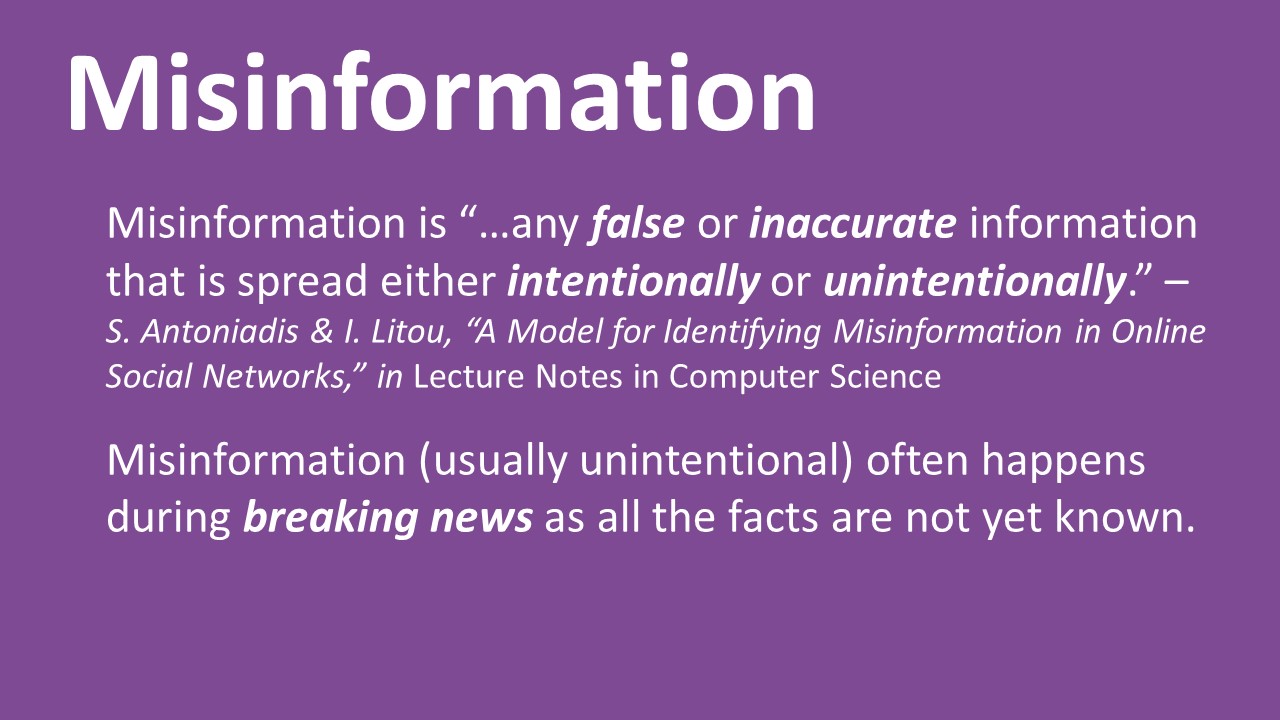 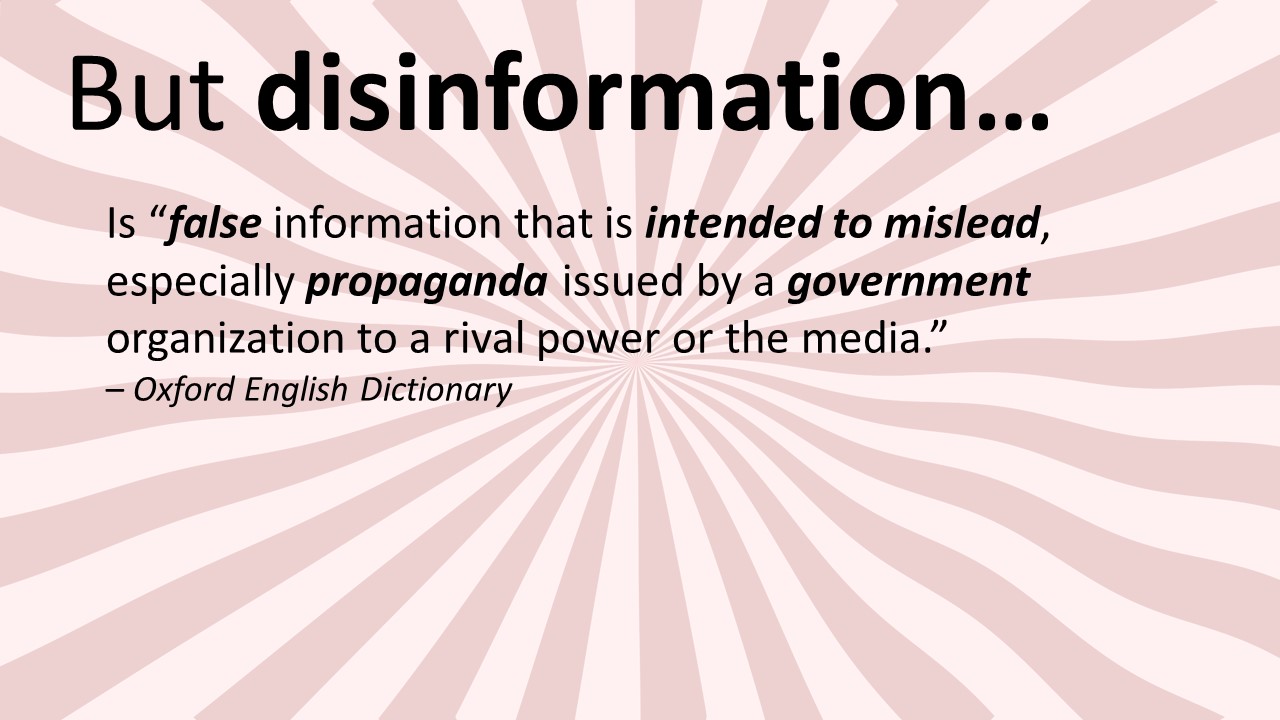 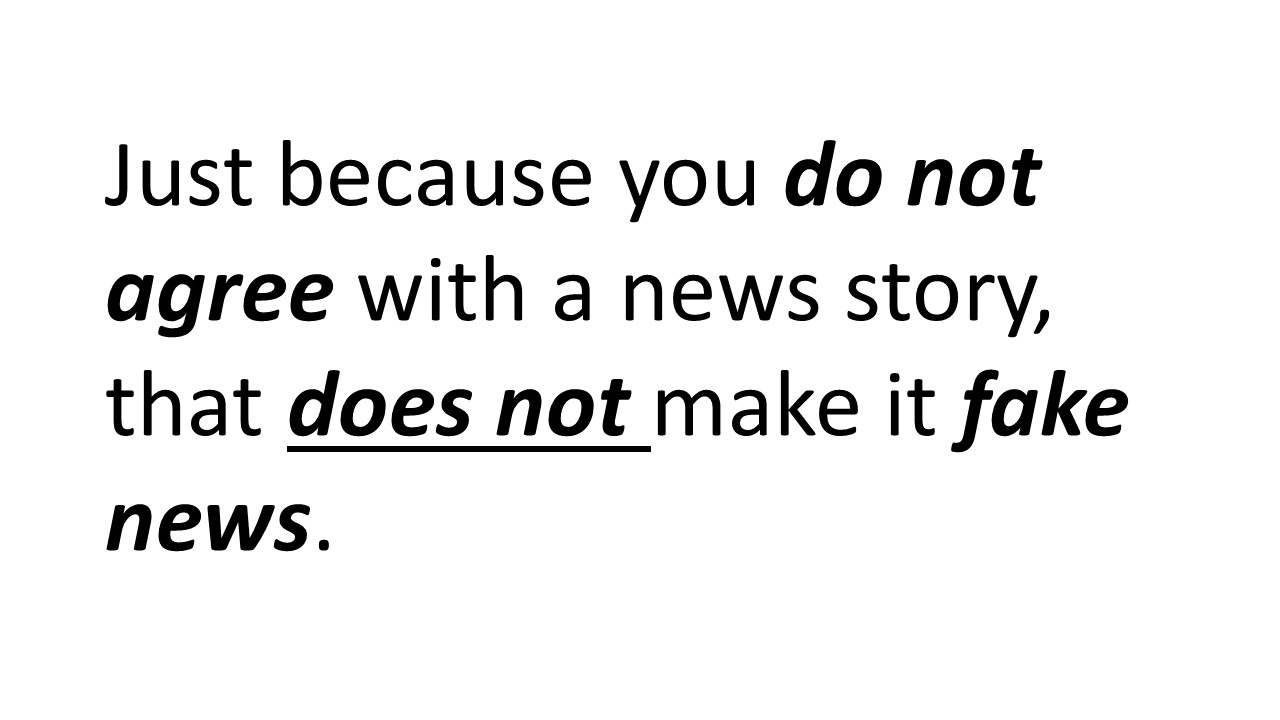 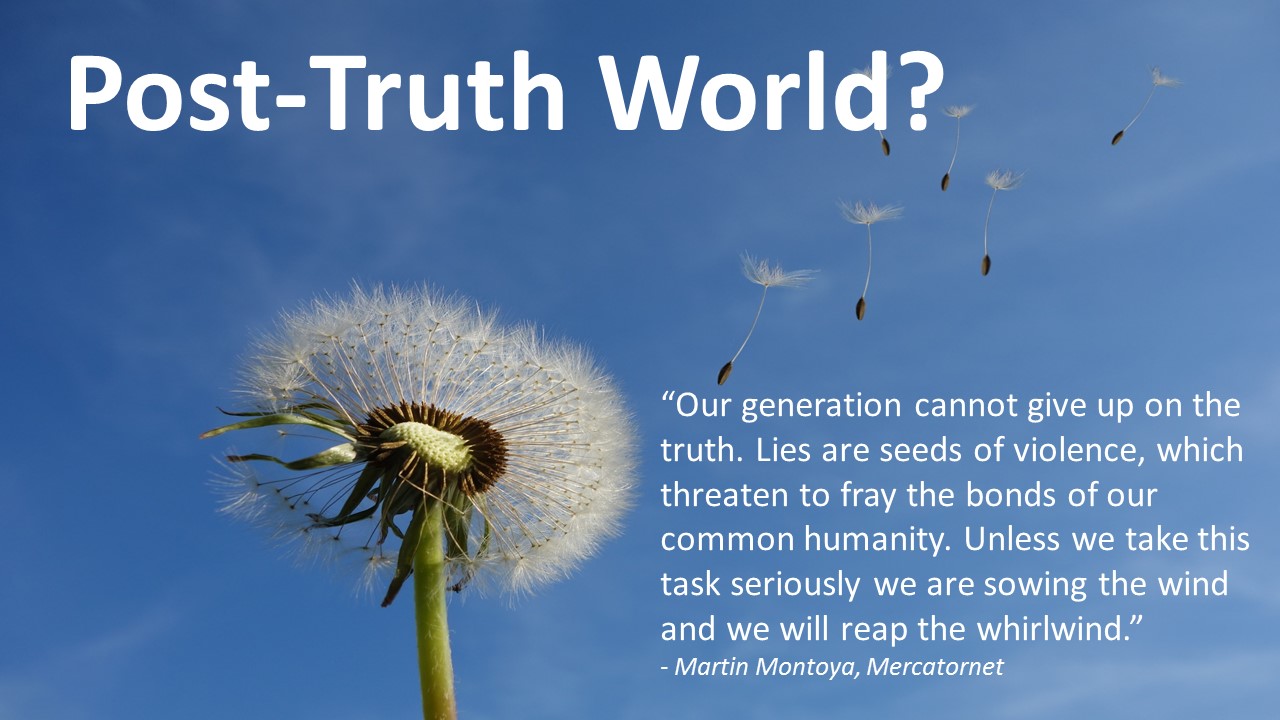 This above series of images has been copied with permission from Carroll University, Wisconsin US.  With thanks!

Why is 'fake news' growing?

Fake news is most often repeated through social media.  As Steinmetz discusses in TIME magazine (8 October 2018), getting 'liked' and 'followed' on social media can give bursts of pleasure to the author, and unfortunately, studies suggest that sensational, polarizing content tends to receive more response.  In the race to get 'likes', users may share links they've never read or even information they know is untrue.

Research reveals that information appearing in tools such as Facebook or Google, is influenced by algorithms which confirm the existing viewpoint of the user.  This can lead to a dangerous lack of information about alternative perspectives - referred to as confirmation bias, or a filter bubble, or echo chamber.  This is increasingly important as research also reveals that younger people, worldwide and in Australia, are using social media for their news source more than ever.

Using more traditional news sources, such as reputable newspapers and television broadcasts, involve editorial policies and journalistic fact-checking and balance.  Even when editorial independence is challenged, the transparency of information source and potential bias usually remains far better than in many online or social media news sources.

For a more detailed discussion of the complicated world of fake news, look into this FirstDraftNews article by Claire Wardle from the Harvard Kennedy School, US.